sequel to  novel
Legacy of War 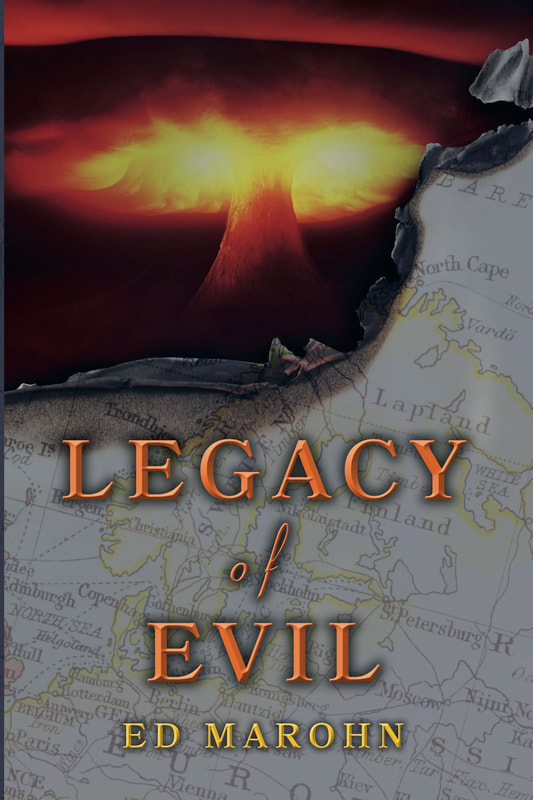 ​
The Neo-Nazis, the Baader-Meinhof Gang, a stolen Cold War nuclear weapon, the Arctic by dog sled, and the mob connection in Miami—once again, the CIA has John Moore up to his neck in alligators and fighting for his life in the Action-Adventure-Thriller, Legacy of Evil.

In the first novel, Legacy of War, Psychologist John Moore returned to the Socialist Republic of Vietnam to investigate his PTSD patient’s suicide, leading to two Vietnam War criminals—one who is an American.

In the sequel, Legacy of Evil, Moore lands in LAX, demoralized from his first CIA mission. Fighting his past Vietnam War demons, he quits his psychology practice and decides to work for the CIA again. Sent to Holland and Germany to expose neo-Nazis who infiltrated the Agency, Moore learns of a missing Cold War-era nuclear weapon. After interrogating former members of the Baader-Meinhof Gang, he races against time to locate the nuke ahead of the neo-Nazis, who want to launch a new world order with it. In the Lapland Arctic taiga, Moore, with his Siberian Husky lead dog, Sheba, confront both the frigid elements and the neo-Nazis. His only salvation may be the New Jersey mob contacts in Miami.
​