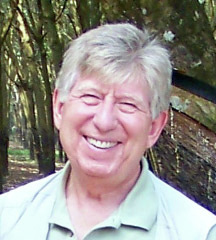 Ed Marohn was an executive for 30 years with Continental AG and Michelin Tire Corporation, both International Fortune 500 companies. Before his corporate career, he served in the US Army and earned his Airborne Badge before joining the 25th Infantry Division and the 101st Airborne (Airmobile) Division in the Vietnam War. As a Field Artillery captain, he commanded Battery C of the 2/11 Field Artillery and awarded three Bronze Stars, one Air Medal, and two Army Commendation Medals. After his combat tour, the army assigned him as the Assistant Professor of Military History at the University of Nevada, Reno. His other military assignments included Fort Benning, Georgia, Fort Sill, Oklahoma, Bayreuth, Germany, Washington, DC, and Sögel, Germany. Trained by the US State Department in the Dutch language, the army assigned him to The Netherlands as NATO Liaison and Nuclear Surety Officer. He earned an MA in Counseling (psychology) from the University of Nevada and a BA in Political Science from the University of Idaho.
After retiring from the corporate world, he volunteered as a VA group therapy facilitator for veterans with PTSD from 2008 to 2016.  Additionally, he served as the Vice-Chairman of the Idaho Humanities Council (National Endowment for the Humanities) from 2010 to 2016. Concurrently he held the position as a Board Member of the Idaho Falls City Club. In 2014 he was also elected to a four-year term to the Idaho Falls City Council.
He has written as a newspaper columnist and has had fiction and non-fiction articles published in Idaho Magazine, Hard-Boiled Mystery Magazine, Army Magazine, and various business journals.
He has traveled extensively:  Japan, Kenya, Tanzania, Zanzibar, Panama, Spain, France, England, Germany, Austria, Finland, Denmark, Holland, Sweden, Mexico, Ecuador, Tahiti, Canada, and Hungary. The most significant trip was his return journey to Vietnam—now the Socialist Republics of Vietnam—some forty years after the war. His first novel, Legacy of War, was conceptualized there.
His second and sequel novel, Legacy of Evil, A John Moore Mystery, is now available in Kindle and Print.
The author's experience of dog sledding across the Arctic in Lapland is reflected in the plot of Legacy of Evil.

​He now lives in Charlotte, North Carolina, and is working on the third John Moore action-adventure novel.